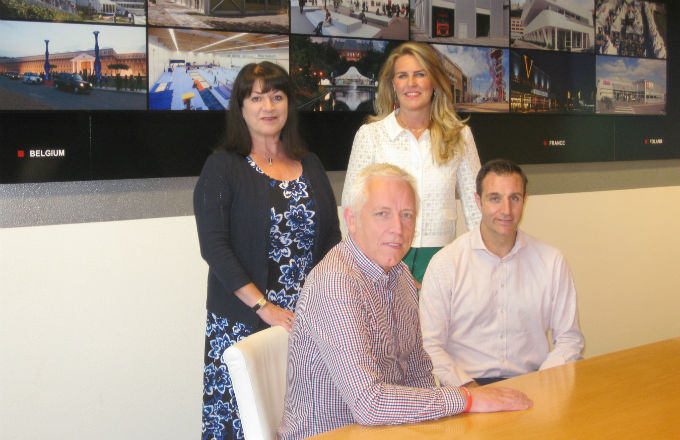 April Trasler, Managing Director of Neptunus' UK operation, is to retire on December 31st to be replaced by Ben Keast, the company’s current UK Project Director.

Dorrie Eilers, Neptunus Group Sales and Marketing Director, said:“We are immensely grateful to April for her contribution to the remarkable success of our UK business over the past 11 years and we wish her a very happy and well-deserved retirement. The appointment of Ben Keast ensures a smooth transition which will benefit both our staff in the UK and our all-important customers. Under Ben’s guidance the Neptunus brand will continue to go from strength to strength in the UK.”

A stalwart of the temporary structures industry for 38 years, April started her career as a secretary at Owen Brown Ltd in 1981. She was soon promoted to a sales role and served as an Account Manager until 1988 and then became a Board Director, a role she held until her resignation in 2006.

Following a two-year spell as a Freelance Events Consultant, she was invited to join Neptunus Ltd to oversee the company’s re-launch of operations in the UK.  Neptunus’ products had originally been sold and promoted in the UK through a partnership set up in 1995 with Owen Brown Ltd – an arrangement that ended after GL Events’ purchased Owen Brown.

As Neptunus Ltd Managing Director since 2008, April has been responsible for the phenomenal growth of the business which is today regarded as one of the market-leading temporary structure suppliers.

April said: “Neptunus Ltd opened for business in January 2009 from a rented office in Leicestershire.From a zero start the company has grown to a position where we are in our own premises in Northampton, we have a healthy turnover and over 40 full-time employees.  This team together with our colleagues in Kessel (The Netherlands) have produced some memorable temporary structure projects.

“I have been involved with some fantastic projects and worked with many talented and interesting people over the years, but I feel the time is right for me to move on and leave Neptunus Ltd in the very capable hands of Ben Keast, our Operations Director Tim Hall and our brilliant team in Northampton.

“I first met and employed Ben in 2001 as a Trainee Account Manager at Owen Brown Ltd and he joined Neptunus Ltd in 2012 where he has continued to develop an in-depth understanding of all types of events.  Ben’s skills include exemplary levels of service and building long-term relationships with clients and suppliers alike.  I am delighted that he will be taking the helm and am confident that his experience, practical approach and likeability will ensure the business continues to thrive.”

As Project Director Ben is responsible for delivery of major assignments. He said:  “I’m delighted to be appointed Managing Director for the UK and I am looking forward to the exciting challenge of building on the successful foundations laid by April to take the business to even greater heights in the future.”

A further part of the reshuffle of the UK management team sees Tim Hall promoted to Operations Director.