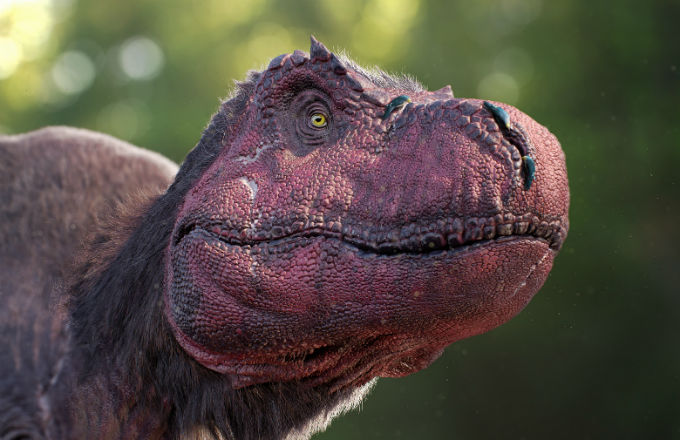 The jaw-dropping spectacular ‘Dinosaurs in the Wild’ experience comes to London next year and will be housed in a bespoke temporary structure to be built by Neptunus.

The multi-million-pound show, billed as the greatest safari ever, takes visitors back in time to see, and even feel, what life was like 67 million years ago surrounded by prehistoric animals.

Launched in Birmingham in June, Dinosaurs in the Wild was described as one of the biggest events to be staged at the National Exhibition Centre.

The show has now moved to Manchester’s EventCity, before heading to London next year for an eight-month long run from February to September. With no permanent building in the capital available to accommodate such a large show, organisers turned to temporary structure specialist Neptunus to create a bespoke venue where families can be transported back in time for a 70-minute adventure to experience ‘live’ dinosaurs as they have never seen them before.

Creative Director Tim Haines is the man behind the BBC’s award-winning Walking with Dinosaurs documentary and the ITV drama Primeval.

A heady mix of immersive theatre, theme park fun and the latest scientific research, Dinosaurs in the Wild uses dramatic storytelling, high-tech animation and exciting 3D audio-visual effects. More than 100 artists and technicians created the unique experience which features eight prehistoric giants, including the iconic Tyrannosaurus rex, the three-horned Triceratops, the towering Alamosaurus and the amazing Quetzalcoatlus, the largest creature ever to fly.

Neptunus Managing Director April Trasler says: “There simply wasn’t a permanent building available in London to house an interactive experience of this scale. The organisers approached us and we are delighted to be creating a bespoke venue for them using our state-of-the-art Evolution technology where our structures have the look, feel and quality of a permanent building.

“In fact, this isn’t our first experience with dinosaurs. In 2014 we provided a temporary facility for a dinosaur exhibition at the Senckenberg Museum in Frankfurt.”

The Evolution Structure in London, covering 3,400 square metres and standing 8 metres tall, will have black-out skins to provide a dark interior, with flooring adaptations to cope with the show’s exceptionally heavy installations. It will take an eight-strong crew of Neptunus technicians three weeks to construct.

The venue will house two spectacular time machines and an extraordinary dinosaur research station, TimeBase 67 – built 67 million years in the past. Visitors and their guides will tour a range of laboratories and witness wonders like dinosaurs hatching, an autopsy on a giant Pachycephalosaurus and an observation lookout where dinosaurs roam in the wild all around them.

1,600 square metres of Alu Hall structures will be constructed behind the temporary building to accommodate the requirements of the back-of-house support team, while a 600-square-metre Alure Globe structure will be linked to the Evolution to form a foyer and reception area for visitors.

Nick Levitt, Production Manager for Dinosaurs in the Wild, said: “Dinosaurs in the Wild is a hugely popular interactive show for all the family that requires lots of space to accommodate our massive installations and the myriad of technology for our spectacular special effects. Neptunus are able to provide us with a really versatile and flexible temporary structure where visitors can embrace the whole unique prehistoric experience.”

Dinosaurs in the Wild opens at the Greenwich Peninsula from February 12th and runs through to September 30th, 2018.