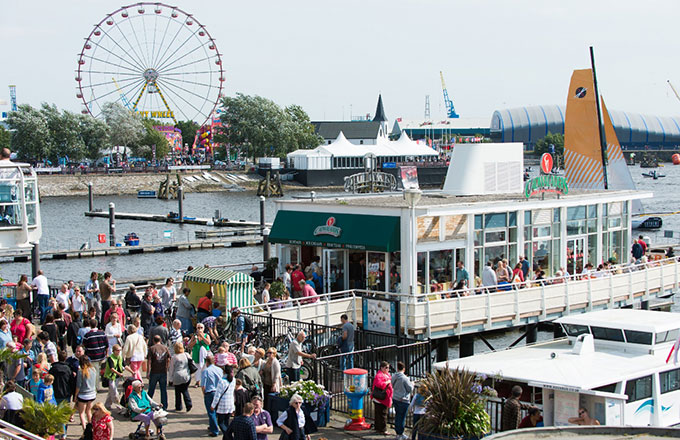 Showsec have been presented with an opportunity to play a prominent role in the staging of high-profile public events in Cardiff after securing a new three-year contract with the local authority.

The crowd management and event security specialists can now build upon their existing relationship with Cardiff City Council following their success with a tender for the role of leading security provider.

It is a major boost for the Company’s Wales and South West Area Office which has been working with the City Council in the principality on a rolling contract just recently following an initial engagement in 2010.

In that time, Showsec have been involved in such events as the Extreme Sailing, Harbour Festival, Royal Horticultural Flower Show, Dr Who’s launch and, only last month, the World Half Marathon Championship.

The Rugby World Cup fan zones were also big occasions last autumn, although for a rugby city, it is football which will feature prominently in looking ahead to the next three years under the new agreement.

“Wales’ qualification for the Euro 2016 Finals means there will be many events to celebrate their first appearance in a major tournament for 58 years including, of course, more fan zones when games are taking place,” explained Martin Lewis, Showsec’s Area Manager for Wales and the South West.

“On top of that, the Principality Stadium is hosting the 2017 Champions League Final in May next year, one of the biggest occasions in the European football calendar, and there will be a week of events at that time.

“Cardiff attracts many more high-profile events throughout the year, so in terms of prestige, we are delighted to be a part of them over the next three years now that we have been successful in the tender process.”

He added: “It is recognition for the level of service we have provided over the past six years, and it now gives us a platform on which to develop our relationship further, while increasing our presence in and around Cardiff.

“It may well open up other opportunities for us because event organisers who work with the City Council will be directed to us if they require crowd management and security services as part of any event plan.”

As the capital city of Wales, Cardiff is a popular destination for tourists with its historic attractions, innovative architecture and top-class entertainment for everyone, while Cardiff Bay is a location for many events.