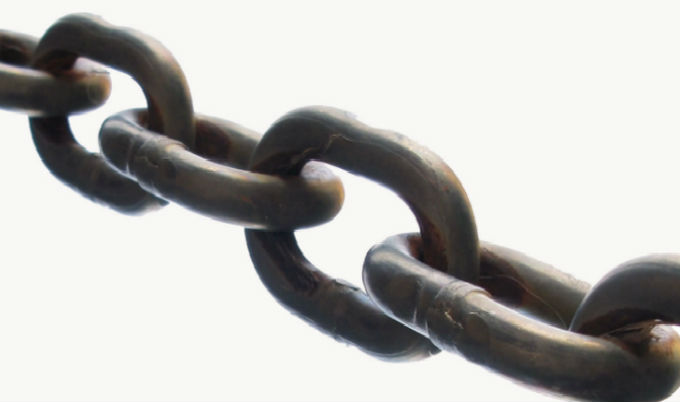 His fellow director at LS Armour of Barry, Erica Lloyd, was handed a suspended sentence. Four of LS Armour's staff, who had worked illegally at events in June and July of 2017, including the Download Festival and two Adele concerts at Wembley Stadium, were also sentenced for their role in the deception.

The security guards, none of whom were properly qualified, were using the identities of genuine Security Industry Authority (SIA) licence holders, which had been illegally harvested by Lee Szuchnik and Erica Lloyd.

The judge, HHJ Petts, praised the vigilance of the SIA in identifying the offences, and branded the offenders as "reckless".  He condemned the use of security operatives lacking the proper training and qualifications, and noted the risk of "serious harm to the public".

The scheme was uncovered by an SIA regional investigator who was checking licences at the 2000 Trees Festival, Cheltenham, in July 2017.  The investigator spotted two LS Armour security guards working with fake licences.  She then stopped two further operatives who were trying to flee the site. Both of them were also using assumed identities.

"This fraud put untrained and un-vetted security staff in a position of responsibility at numerous festivals.  This put event organisers, suppliers, and members of the public at an increased security risk.  People going to events and festivals must be able to have confidence in the fact that the security personnel put there to protect them are legitimately licensed.  An effective security industry that ensures public safety is a priority for the SIA. We will act robustly in driving dishonest operators out of the industry."

The SIA moved quickly to contact security suppliers to major events throughout the UK, warning them about the ongoing investigation into LS Armour and their use of fake licences. This unprecedented action brought LS Armour's events business to an immediate halt.

Lee Szuchnik and Erica Lloyd had invited genuine SIA licence holders for interview at the LS Armour offices in Barry, and kept copies of their licences and identity details. They had then supplied different unlicensed staff to events with false SIA licences using the information that they had dishonestly gathered. The investigation found that unlicensed staff were supplied to the Download Festival, the Glastonbury Festival, two Adele concerts at Wembley Stadium, the 2000 Trees Festival, and Cornbury Festival. LS Armour also supplied unlicensed door supervisors to two pubs: the Belle Vue and the Judge and Jury near Aberdare.

Szuchnik and Lloyd were consequently summonsed with several counts of providing unlicensed operatives to festivals and licensed venues during 2017.  Szuchnik was additionally charged with supplying articles for use in frauds, contrary to section 7(1) of the Fraud Act 2006.  Four of LS Armour's staff - Daniel Foukes, Dylan Yorath, Ross Harris, and Lewis Potter - who were caught using counterfeit SIA badges were summonsed with fraudulent misrepresentation contrary to section 1 of the Fraud Act 2006.

Szuchnik himself had been refused an SIA licence in June 2017 due to prior offences.

Nathan Salmon added: "The operatives in this cases were supplied under a subcontracting arrangement. We are grateful to businesses within the security industry who, having been failed by the criminal activity of LS Armour, came forward and offered evidence which contributed towards this prosecution.  The SIA recognises that security at events is of utmost importance, and that the organisation of short term workers is often challenging to arrange.  We will continue to work with our industry, event organisers, and other partners to aid security planning and ensure security services remain at a high standard, and seek to drive out rogue operators who fail to meet regulatory requirements."