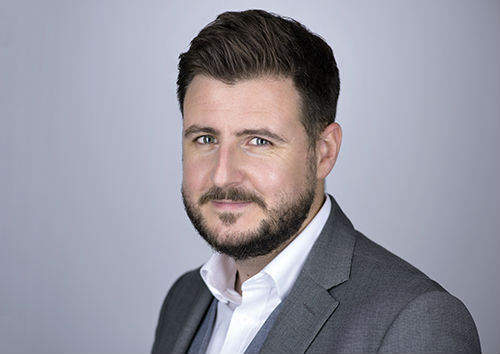 The board of IFES welcomed Andrew Harrison, director of the Event Supplier and Services Association (ESSA), as its newest board member, following his election at the IFES AGM, held during the IFES World Summit, June 26-28, Athens.

With responsibility for national associations, Harrison's remit on the board will be to encourage and facilitate them to become a greater part of IFES's 'global collaboration network' using his experience as ESSA director to demonstrate the benefits of national associations working together, under the international reach of IFES membership.

Explaining why he sought a role on the IFES board, Harrison said, "ESSA has been a member of IFES for some time, and most recently we've attended events in Istanbul, Montpelier and now Athens. It's clear that IFES has an important role to play, not only in supporting the ambitions of its members around the globe by facilitating collaboration, but also in widening the horizons of national associations.

"Sitting on the IFES board is a great honour," concluded Harrison, "and whilst enhancing ESSA’s reputation for being the home of the best suppliers and service providers in the UK, ESSA also has a responsibility to be more international in its collaboration with others, at a time when many overseas view the UK as retracting."

Uta Goretzky, IFES executive director, welcomed Harrison to the board, saying "Andrew is a very familiar face at IFES, always pushing the case for greater collaboration and cohesion at a national level, whilst also putting the case forward for Britain and British event suppliers. It is a special pleasure to welcome him to the board, and I'm confident his presence will be a great asset to IFES, national associations affiliated to IFES and to the members of ESSA as well."