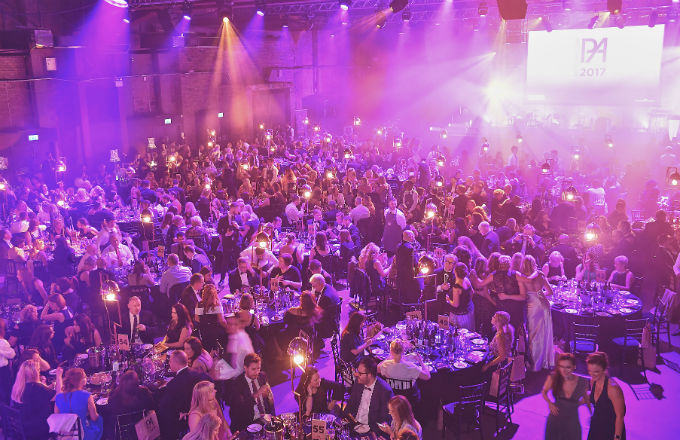 Make Events deliver third annual Manchester PA of the Year Awards
Share This
Make Events designed and produced the 2017 Manchester PA of the Year Awards on Thursday 2ndNovember 2017, at Victoria Warehouse.
Holly Moore, Director of Make Events, joined the Board of the Manchester PA Network in 2012 and since then Make Events have helped deliver the network’s event programme.
The awards, organised in partnership between The Manchester PA Network and Robert Walters, recognise and celebrate outstanding support professionals across Greater Manchester. Nearly 700 professionals from across the region gathered to celebrate the top business support professionals in several categories.
Make Events invited and secured Manchester poet Tony Walsh to perform his Manchester poem ‘This is the Place’ in tribute to the victims and those affected by the Manchester Arena bombing. They were also proud to sponsor the ‘Best Event Organised By A PA’ Award, where Holly Moore and Heather Snape from Make Events presented the award on stage to Mimi Coiffait.
The Awards evening also hosted a raffle, with profits benefitting The Christie Charity. The total raised for the charity was over £5000. This brings the total amount of money raised by the Manchester PA Network to over £100k.
TV host Matt Johnson, known for presenting ITV’s This Mornings ‘Hub’, hosted the evening. The entertainment was the outstanding Rick Parfitt Junior Band, fronted by the late Status Quo artist Rick Parfitt’s son and Manchester’s Halle Orchestra.
Holly Moore, Founder and Managing Director of Make Events comments:
“There was a real sense of community at this year’s awards, the iconic venue, the Halle performing and then the spine tingling performance from Tony Walsh.
We were overwhelmed that within two years, attendance has grown from 200 to 670 guests.”
Amanda Hargreaves, Co-founder of the Manchester PA Network comments: “We are incredibly proud to recognise the outstanding work PAs and EAs do each day and it has been wonderful to see members of the Manchester PA Network amongst this year’s winners.
"As nominations grew to their highest we have seen many non-members become involved across the Greater Manchester business community. It is incredibly exciting to see how the Awards grow each year.”
business