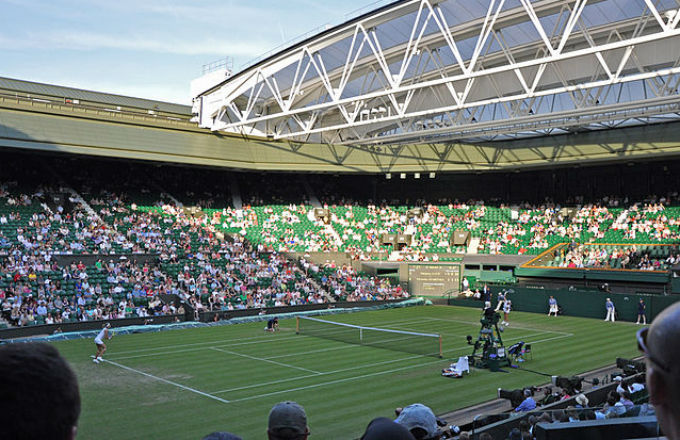 Wimbledon security is being stepped up after the recent UK terror attacks.

Installation of concrete roadside barriers to protect tennis fans outside the venue is part of "enhanced measures" this year, aimed at providing "visible physical security".

The Met Police says the plans will also see firearms officers in and around the grounds and a mobile unit which can "respond to emerging incidents".

Tournament organisers say there has been a "proportional uplift" in measures introduced in past years.

Vehicles were driven at pedestrians on Westminster Bridge in March, on London Bridge in June and near a Finsbury Park mosque later the same month.

The Met Police said it "continually develops and refines plans for this type of event and planning has been under way throughout the year".

"We have put together a proportionate policing plan with a significant number of resources to support the club to deliver a really safe, secure competition," said Supt Jo Edwards.

"Our plans are based on a number of factors, including the threat level and recent events in London and the UK."

About 7,000 people were queuing outside the All England Club on the first day of the championships.