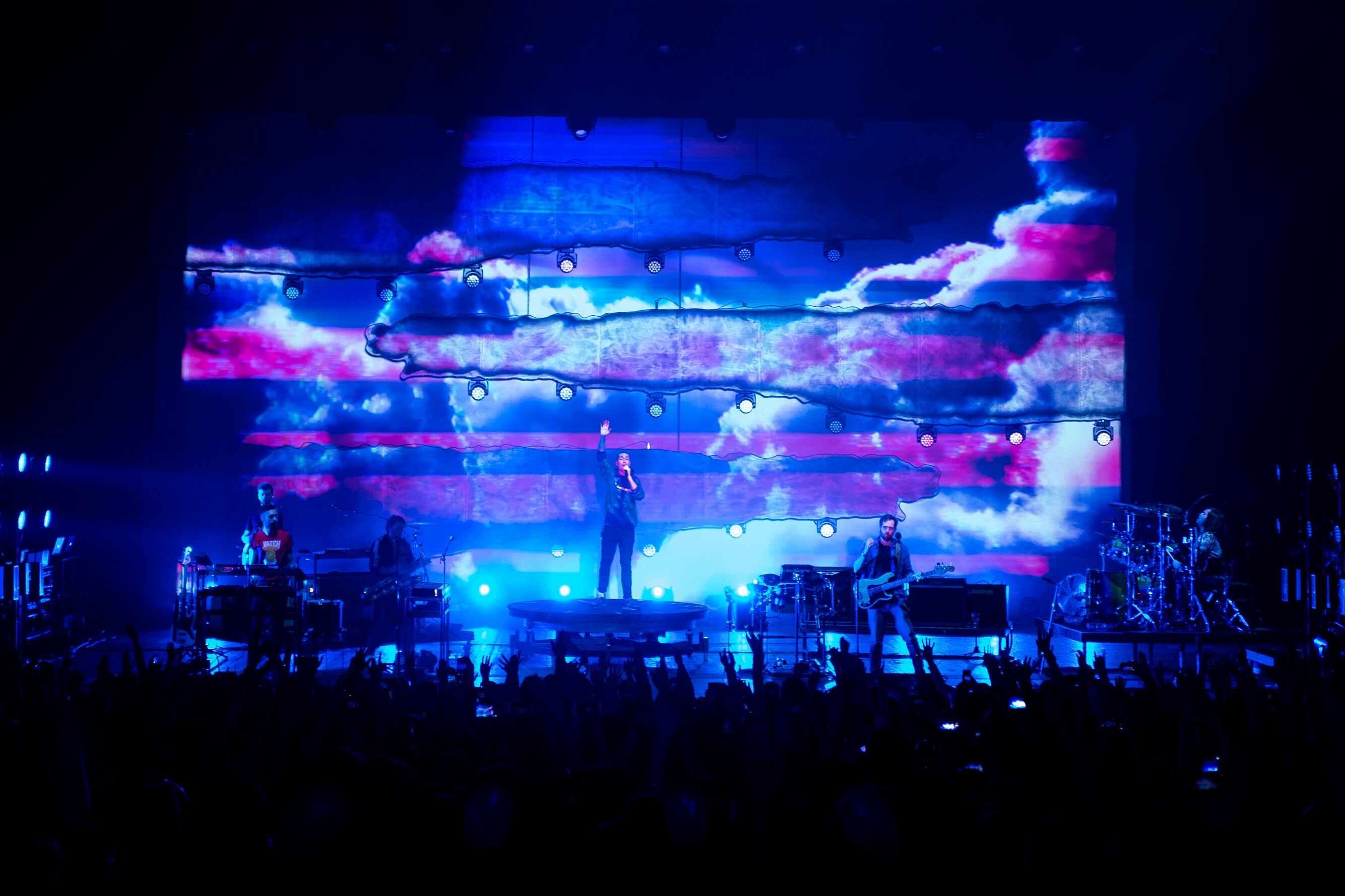 Really Creative Media projection on tour with Bastille
Share This

The set featured songs from the band’s forthcoming ‘Doom Days’ album, alongside some of their renowned hits and tracks from Bastille’s latest mixtape ‘Other People’s Heartache Part 4’, with dynamic visuals projected to take the live audiences on a journey with the band through a post-Brexit apocalyptic party.

The set included three metallic set tears on the wall – made with multiple layers of crinkly metallic mesh. In advance of the tour RCM undertook in-house test projections on to the metal mesh surfaces as it was an unusual surface to project on. The testing was useful to see how the metal surfaces reacted to the colours, so that the content could be edited while being programmed in advance of the tour. Dominic Baker, RCM’s head of video for the tour, was adapting content on the road, so that the artistic vision was maintained as the tour progressed. Video programming was delivered eloquently by Alex Passmore and Nikita Jakovlev.

Chris Speirs commented: “It’s been a total pleasure working with the team at Really Creative Media on the Still Avoiding Tomorrow Tour. Every step of the way RCM have been fantastic to deal with and provided superb support whenever called upon. The equipment has been top of the line with customer service, experience and knowledge to match.

“Dominic Baker has been a fantastic addition to the touring team, bringing with him a wealth of technical expertise and a genuine can do attitude.”