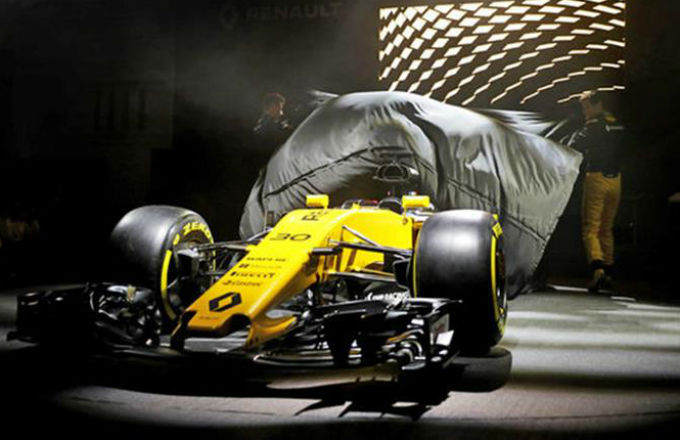 Royal Horticultural Halls for Formula One launch
Share This

The Royal Horticultural Halls, London has been chosen by Renault Sport Formula One Team and Destination Management company Wedgewood Britain for the launch of its 2017 challenger, the R.S.17, at a showcase event.

Highlighting new partners and sponsors including BP, Castrol and MAPFRE, the launch was also the first public unveiling of the new Renault Sport brand identity, designed to provide a stronger link between Renault Sport Racing and Renault Sport Cars.

The R.S.17 was unveiled by race drivers Nico Hülkenberg and Jolyon Palmer, whilst Third and Reserve Driver Sergey Sirotkin was also announced.

The event, with an audience of international media and team partners, was hosted at The Royal Horticultural Halls’ Lindley Hall, which first opened in 1904 and is a regular venue for international car launches and major events, including London Fashion Week.

For the launch, the R.S.17 was safely lifted from a quiet central London backstreet, into the location using the venue’s 3-tonne goods lift.The car was then placed on a rotating stage so that it could be viewed from every angle.

With recently renovated décor, AV systems and lighting, The Lindley Hall is particularly popular as a luxury launch venue due to its expansive, prestigious surrounds, topped by an Edwardian glass vaulted ceiling.

Fergus Wilson, Head of Commercial Operations at The Royal Horticultural Halls, said: “The Lindley Hall has a long history of hosting Motoring events. Maserati chose us for the launch of their new SUV in 2016 and Coys of Kensington have been hosting classic car auctions here for 30 years, so everyone was at home when it came torevealing the Renault Sport Racing Formula 1.”

The 13.5m high ceiling provided ample space for the rigging design and the 875 sq m open space was perfect for accommodating all guests, stages, platforms and catering.  En-suite areas were also set up for use as a media centre and interview space.

Vanessa Lewisohn of Wedgewood Britain said: “We would like to thank the team at the Royal Horticultural Halls for helping to make the Renault event such a great success. We always knew we were working against the clock on this - the speed theme was not lost on any of us. We knew it would take a team of real professionals to pull together the necessary levels of service and efficiency to make it work. And work it did!”