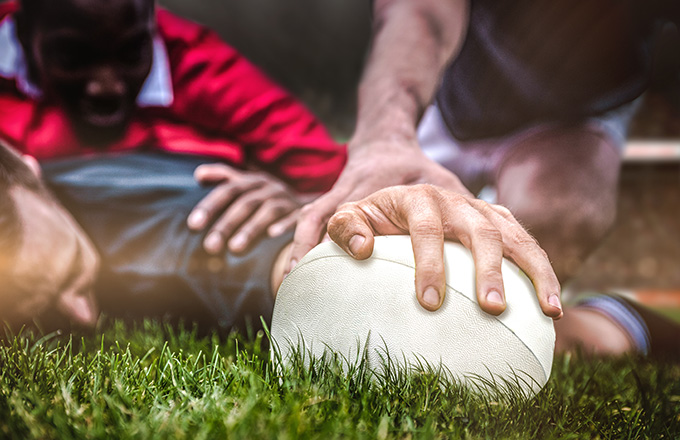 Wernick Events never like to pass up on a challenge; so when GUINNESS PRO12 Champions Glasgow Warriors needed 2000 more seats under some challenging conditions, they leapt at the chance to provide a solution.

With the Warriors selling out every match at Scotstoun Stadium, the team needed more space to accommodate their expanding fan base, and provide their supporters with some shelter from the harsh Scottish weather. The Club did their research and invited companies to tender, but Wernick won the bid thanks to their strong reputation and creative solutions.

Glasgow Warriors Operations Manager, Stephanie Karvelis, said; “Wernick were the best fit for the club, they came with really strong recommendations from other sports teams including rugby clubs. They understood what we needed and wanted.”

The Seating Team were asked to provide covered stands at either end of the rugby pitch. The task was a challenging one as the stands were to be erected over a previously existing athletics track, be wind tested against high speeds and be installed without any groundwork that could damage the athletics track. Wernick devised some clever solutions. To start, the Seating Team laid down a temporary road for the construction equipment, to preserve the grounds and athletics track from damage caused by traffic heading to and from site. In order to make the stands tough enough to weather high winds, railway sleepers and sandbags were used to add weight to the structure. However, this extra weight could have harmed the surface of the athletics track, so special pressure pads were used under the scaffolding to disperse the weight of the stands. Wernick were also faced with strict installation deadlines; with just 2 weeks between the athletics season ending and rugby season starting not a minute could be wasted during construction.

The club are pleased with their new stands and Stephanie went on to tell us: “We’re absolutely delighted with the stands. We have had such a positive experience working with Wernick. This is the first time we’ve had the stands covered at both ends for the entire season – which makes a very welcome difference in the Scottish winter to our supporters! We would absolutely recommend Wernick to other Clubs”

Wernick looks forward to working with the Warriors long into the future, and helping them expand their seating provisions to accommodate the fans that continue to flock to Scotstoun Stadium to support the team each season.

Wernick Events are one of the leading suppliers of event equipment in the UK specialising in a wide array of products including 37,000 temporary grandstand seats available for hire. Wernick Events forms part of the Wernick Group, which is family-owned and was founded over 80 years ago.