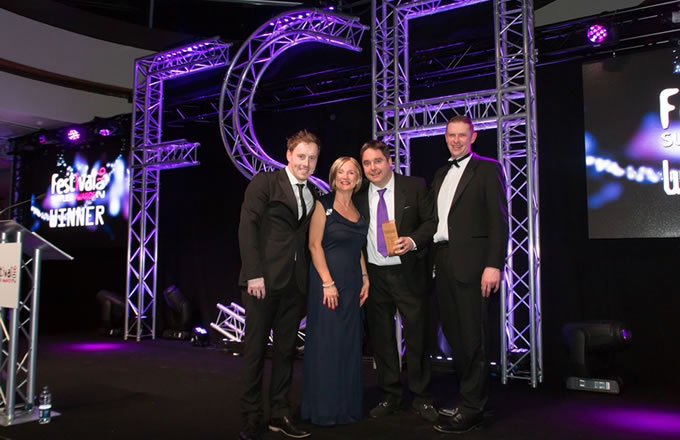 With 24 awards presented in total, Ascot Structures was delighted to receive the accolade of ‘Best Temporary Structure’ for their work at BBC Proms in the Park and Radio 2 Live in Hyde Park, last September.

Working on behalf of Festival Republic and the BBC, Ascot Structures created a bespoke VIP hospitality structure for the event.

Undoubtedly contributing to the win was a glowing testimonial from Dick Tee of EnTeetainment, who was head of production for the event. Delighted with both the solution and service received, he said: “We were impressed with Ascot Structures’ product range, knowledge and flexibility.  Their in-house manufacturing capability allowed them to create for us the bespoke solution we were looking for.

“In addition the whole team’s adherence to Health & Safety regulations on site was impressive and they showed a great deal of care and respect for the Royal Parks location in which they were working.  The ‘Hospitality’ structure delivered exceeded our expectations and their overall performance was superb!”

Commenting on the award win, Dan Owen, Ascot Structures’ sales director said: “In a hotly contested category that included no fewer than seven shortlisted companies, we were thrilled to receive this award. Being chosen by a highly credible panel of judges, all at the top of their game, is a real testament to all of the team’s hard work and dedication.”