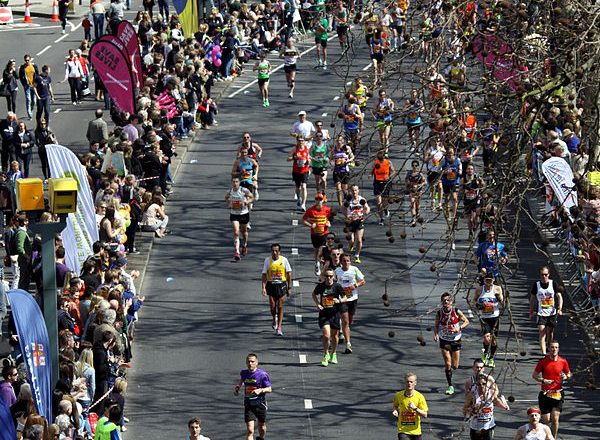 Strong security presence at The London Marathon
Share This

Hundreds of of officers are being drafted in to police the London Marathon on Sunday, with a strong visible presence along the route.

Police are also reminding the public to remain vigilant and keep their possessions safe as millions prepare to attend The London Marathon in support of the 50,000 plus  runners taking part in the event on April 23.

The annual event takes place in the centre of the Capital and will involve hundreds of officers from the Metropolitan Police Service, as well as colleagues from City of London Police and British Transport Police.

A number of road closures will be put in place and people attending the event are urged to plan their journeys in advance and check the Official London Marathon and Transport for London websites to make sure they can travel across the city safely for the best views.

Commander Jane Connors, who is leading the policing operation for the London Marathon, said: “The Marathon is a fantastic event and embodies everything that’s great about London. Our priority is to ensure that those taking part and watching have a safe and enjoyable experience and I’d like to reassure people that there is a comprehensive policing plan in place to achieve this.

“There will be a strong, visible presence of officers along the entire route and at transport hubs across London, but if you notice anything suspicious, then please report it to us.

“I’d also like to emphasise that given the nature of the event, it is very rare to see crime or disorder, but I’d ask anyone planning to attend to take basic precautions to keep their possessions safe.”

The London Marathon takes place just over three years after the Boston Marathon in Massachusetts was bombed on April 15, 2013.