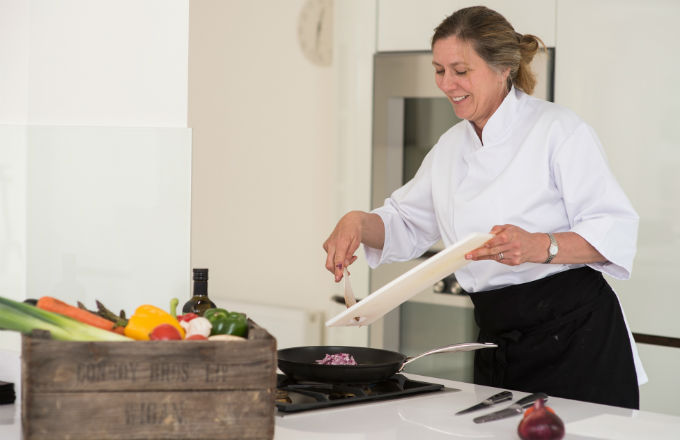 The menu is the creation of Executive Chef, Joyce O’Hagan who has believed for some time that vegan guests are often short-changed at big events.

Joyce was inspired to explore more plant-based dishes when she was approached by a film director to cater a vegan summer lunch ahead of this year’s Cannes Film Festival. She explains: “The client who approached us wasn’t vegan himself but many of his guests were and he described himself as ‘plant curious’. I believe an increasing number of people would put themselves in this category, so I jumped at the chance to develop a bespoke menu.”

Joyce says: “We passionately believe that guests with dietary requirements - whether this is vegetarian, gluten, dairy free or vegan – should feel like they are being served food which is equally delicious as the other guests. I have been inspired by the chef Alexis Gauthier to create new plant-based dishes, rather than vegan versions of conventional ones. I hope guests will enjoy this indulgent menu which makes choosing a plant-based menu a cause for celebration.”

The team at Jackson Gilmour believes that younger private clients are more likely to be ‘plant-curious’ enough to experiment with this new range of dishes and predicts that CSR pressures like climate change, sustainability and carbon consumption may also nudge more corporate clients in a vegan direction.