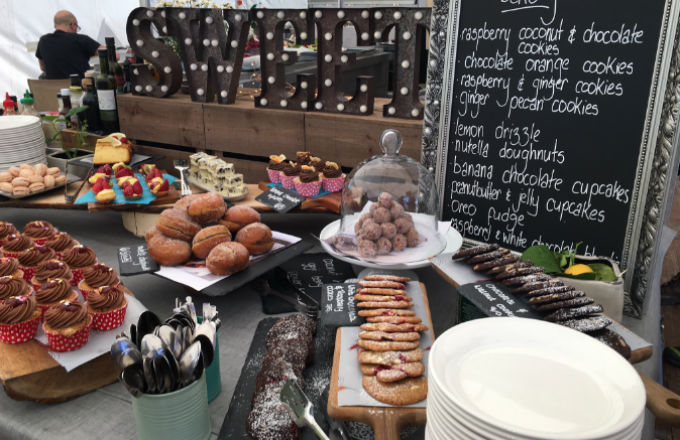 Eat To The Beat cater for Coldplay
Share This

Eat to the Beat (ETTB) are keeping Coldplay and their crew fuelled during the band’s ‘A Head Full of Dreams’ tour of North America.

ETTB, the artist, production and crew catering specialists, are accompanying Coldplay on all 22 dates of their North American tour which kicked off in New York on Saturday, July 16 and wraps up in San Francisco on September 3.

The ETTB team have already provided backstage catering services for the band’s 19 European concerts from May 24 to July 6 which took in eight locations – France, Spain, Germany, The Netherlands, Switzerland, Sweden, Denmark and the UK.

Susanne Traynor (left), ETTB’s Operations Manager, who oversees support of the Coldplay gigs, has been coordinating the logistics of the mammoth tour from ETTB’s head office in Chesham, Bucks. Susanne was on site in four cities of the European tour, Nice, Manchester, London and Hamburg and was in New Jersey as the US tour commenced.

Says Susanne: “A Head Full of Dreams is a really great show and a big logistical challenge. Coldplay have a large crew out on the road including the production team, vendor’s crews and drivers who all need to be fed at each location. In Europe we have been catering for around 180 crew at each show plus a further 50 people in the ‘band party’. In America the crew numbers are even bigger with ETTB catering for around 300 people at some of the venues.”

A typical day sees the ETTB team arrive on site at 6am to provide breakfast for the Coldplay crew. Fresh provisions are sourced in each city and dressing rooms are prepared for the band and support acts and are stocked with drinks and snacks.

ETTB cook and serve lunch and dinner for the entire crew and the artists, providing high quality restaurant-style menus to suit every palate including Vegetarian, Gluten free and many other dietary requirements.

Says Susanne: “If the band is playing consecutive nights our team will rest up in a hotel. When the band moves on ETTB stock the Coldplay crew buses with drinks sandwiches and snacks as the tour heads to its next destination. We also load up our own truck with the help of local crew, shower and bed-down on the bus in readiness to do it all over again at the next stop.

“Our typical working day is let’s just say long. It’s pretty full on and there’s certainly never a dull moment. Life on the road is hard but it is fun working alongside a great production, their crews and the artist. They all work really long hours in a high octane environment, so good food available throughout the day is vital to keep them refreshed and energised.”